Marc – The Wood Whisperer is sponsored by Powermatic and Titebond. So, might recall a couple months ago, I made my Deadpool head bandsaw box, which is actually only the
second box I've ever made. The first one happened the day before and it was my practice box, that's more of a simple trapezoid
shape, and I did film it, and that's what I'm going
to show you here today, and sort of a step-by-step,
so you could see how simple this process is. Just the series of
steps, but when you look at the finished piece, it's
a little bit mind-boggling on how exactly you make a drawer inside of a solid block of material like this. Now, because it was my first time, fortunately, I had on the
shelf David Picciuto's 'Bandsaw Box Book' and he's
got a number of designs in here ranging from more complex stuff to really beginner-friendly things.

One of those is the Tennessee box, which obviously was an influence on the box that I made here. So, you might see some resemblance there, but if you're looking to
get into bandsaw boxes, this book is a really good place to start. All right, so let's get to the build. I'm lucky to have some 12
quarter walnut on hand for this. I'll mill up two pieces, so
that I can glue them together for a nice deep box. You can also stack up numerous layers of thinner material for some cool effects. In my case, both pieces have
a decent amount of sapwood on one face, so I'll
glue those faces together to give the illusion of grain continuity. As you can see, my pieces
aren't exactly the same size, but it doesn't matter,
this is just a rough blank.

Once the glue dries, I
can square up one edge, which will serve as a reference
surface for the pattern. I just drew this shape
on a piece of paper. It's seven inches at the top, five and a half inches at the bottom, and four and a half inches tall with half inch thick walls. I didn't make a printable pattern, because it's pretty easy to draw. The first cut establishes
the outside of the box. The blade cuts pretty cleanly, but the box definitely needs a little bit of sanding to smooth it out. Next, cut a half inch slice off the back of the blank, this will be our box back. Now, here's where the magic happens. Begin cutting in from
the outside of the blank, aiming for the interior line. This cut establishes the
inside walls of the box while simultaneously
releasing the drawer blank. Keep in mind, there are
no do-overs with this cut.

The wider and more jagged the cut line, the sloppier the fit of the drawer, so try to make one continuous smooth cut. The walls should spring open just enough to allow you to stop the
saw, raise the guard, and remove the pieces. The outside shell is the box itself, so we'll glue it back together
right on the cut line. The cut is rough, but it should nest together pretty well.

Be sure to wipe away the glue
squeeze out on the inside, that stuff is no fun to clean up later. Once dry, it's time to glue on the back. Now, I didn't film it, because I honestly wasn't
sure that it was a good idea, but I did some sanding on the back, as well as the box rim, in
order to smooth them out and remove the bandsaw ridges. Turns out, that works very nicely and the glue line becomes
all but invisible. 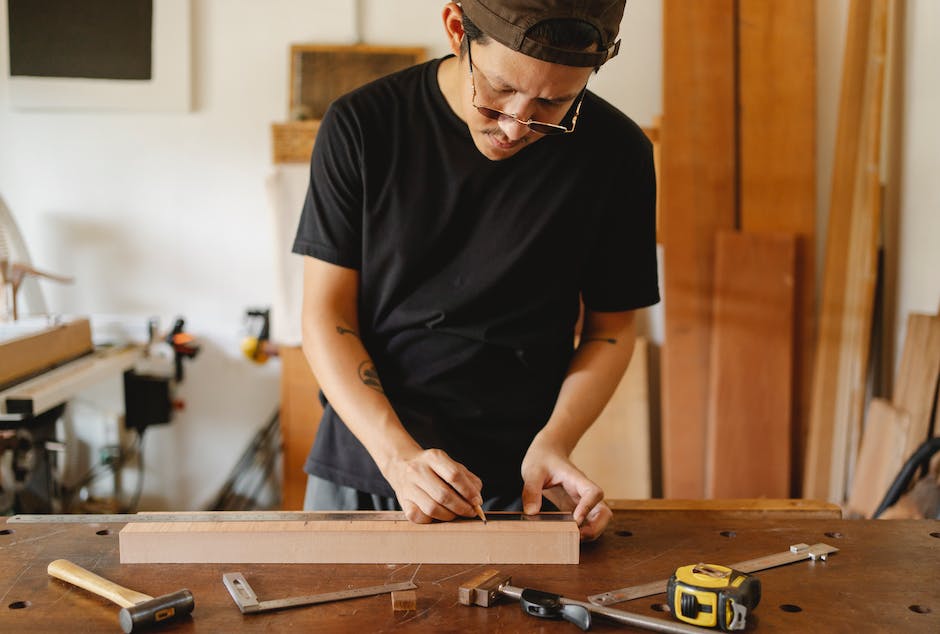 When the back is dry, the sides of the box can be sanded and smoothed, and we can remove the template
schmutz from the front. I'm sure with some practice
the initial cut line will become less visible,
but for now it can benefit from a little bit of brown colored filler. Once the finish is applied,
it should look passable. The box then gets a little
decorative round-over. The round-over on the inside is nice too, because it helps hide
some of the discrepancies between the box opening in the drawer. Speaking of the drawer, let's make it. Start by cutting off the
back of the drawer blank. Next, cut off the front. Make sure you keep these pieces in order. On the remaining blank piece, draw a half inch line around the sides, and the bottom, to mark
out the drawer cavity, and then cut it out. Smooth the inside however you can as this won't be easy to
do once we have a front and back glued back on.

By the way, I'm using Titebond
Original for this glue up, which tends to leave a
light colored glue line. Titebond makes another product called Titebond Dark Wood
Glue, which is a great choice for woods like walnut, and
especially on a project where we're trying to create an illusion by hiding joints, this is a good idea. This project was just
a practice run for me, so I wasn't too worried about it. Once the glue is dry, clean
up the exterior of the drawer. Keep in mind, the more
material you remove, the looser the fit. That's why it's so important to get the cleanest cut
possible right off the bandsaw. The drawer then gets the
same round-overs as the box.

Now, for some fine sanding
and the finishing touches. Because plagiarism is a detestable thing, I'm going to completely
differentiate my trapezoid box from Picciuto's. You see how his drawer pull
mimics the shape of his box. Well, I'm turning my pull upside down, so yeah totally different. The pull will be cut from walnut sapwood for a little bit of contrast. I start with a small strip that is two rabbits cut into the sides. I, then, cut two small dados
at the appropriate angles. Now, I can make angle through
cuts to release the pool. This method results in
a pull that sits up off of the drawer front surface,
making it easier to grasp.

A little cleanup and it's
time to glue the pull to the drawer. The finish will be an oil varnish blend, just a couple of coats wiped on and wiped off will really
bring the walnut to life. To apply the material,
I'm using a small piece of white Scotch-Brite pad, and then wiping back with
some blue shop towels. (jazzy music) All right, so that's all there is to it. Simple bandsaw box is
actually pretty easy, right, like once you know the series of steps and you have a good piece of material that reinforces this illusion
of a big thick block of wood, you can make something pretty awesome. It's like anything in woodworking, it's just a series of
steps, say it all the time, but it bears repeating, right? All right, thanks for watching everybody, we'll catch you next time.