my studio This is the workplace where all parts of the complexity of life took place in this place But it's time to make it better Today, I'm revealing a part you've never seen before He came to this place more than [eight] years ago, and has seen a lot of people It was shared completely alone and empty Eight years old, and still in the first stage of the fetus You need courage to dig a wall to sacrifice the appearance of wood and For a long time we were just scratching his skin Double-sided adhesive tape Everywhere we didn't want to be hurt Space cannot be left. I couldn't fully experience what I needed [I] couldn't embrace the space and make it real and couldn't take it anymore So I made the first hole and then the second Then I started absorbing more each time from the space you would give me and It's time now It's time to make it real to make it better Make it more functional happier evolved Allow space to be space and organize physical space to reach a better organized mind Take on the challenge and fully experience, not only the word hurt the material and drink from her life Stop accumulating endless things on the floor Do what you see It is better to build a place around you than to make it an infinite barrier Give her time and effort Fall in love with space again and conquer it I Want to raise the bed to a platform so I can use that floor space to work? [I] in a small representation of the corner joints and I chose the flap joints to connect all the studs [I] He started by cleaning and squaring one end on each piece I use beams 11 x 7 cm What should translate to something like 3 by 5 for imperial scale users? The final size of the platform will be 250 by 130 cm I Cut each john's lap with the gliding skating saw But I needed to put in a small piece of wood as a fit [plugs] because I'm using a very thick material The depth is gradually adjusted until I get it right and once I get it I discovered that the code can't go back That means I need to bring the fence Ahead, I simply took a few strips of mDF and glued them to the actual wall This is a way to make help cycles really fast once you get the first one, right? So I clean the chisel it makes everything work fine in [the end] The legs are the only two parts that get a double half lap, and I just need it to readjust the depth of the stop Let's see how this spreads Now to rise I'm very small, and I also want to keep the top cover from the platform to the ceiling as much as possible So I'll just make sure I and my hair can fit on the catwalk For these metal stretchers, I use the stop block on a fence [MrSa] to keep the halves of the web aligned with the opportunity Reality but I was kind of thinking about the idea of ​​just making a video I used screws on each joint that were screwed into the wood itself and it seemed like a very sturdy choice I I wanted the heads and washers to go under [the roof] So I made the senses with a forced effect before drilling the holes for the screws I Lined with 2 hinges as best I can and drill the rest of the material onto another bolt of slightly smaller diameter Bit to save some extra wood to receive threads I Flip the chassis to see if everything is good and attach the legs so I can't move the chassis This is a selfie.

I have made 2011 This is a 20-minute photography from the exact same angle in January 2010 Well, that doesn't work Take off your shirt and try something else Well, it definitely doesn't seem to work It's way too big and heavy for me to lift and attach the legs need to call it toe Then I install the platform structure on the walls so that I can remove the block and the front [Climb] Everything to [120-grit] using the skilled fox six in a multi sander You can attach a round plate to the random sander Traditional and change the direction of the triangle plate But then you can have these really cool little attachments that you can specially use Cylindrical or round edges To get into really tight spaces to remove all the finishing touches on intricate objects or Just tough sand cutting after assembly Now let's finish sanding and break up the sharp edges because I want to maintain a crisp edge appearance But you don't want to cause too much damage if someone hits the head on the chassis Which one is very possible? Thank you very much for the skill to support this project You guys go check out their website because they got some good stuff out there and they hooked up on episode [two]. 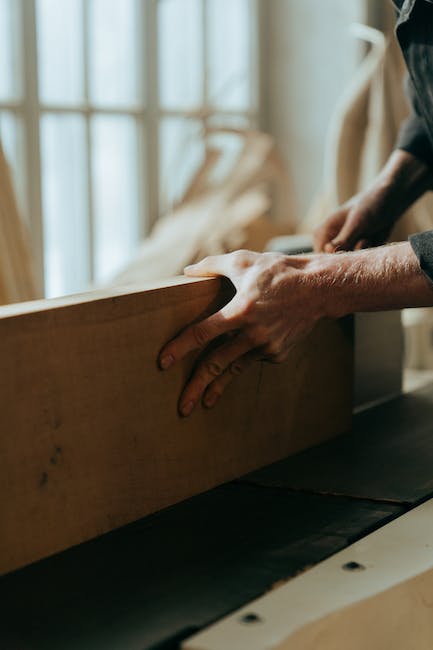 I will ask you later You are.