I think we can all agree that table saws
are great for breaking down materials the one time I absolutely cringe when
it's time to break down something though, is when I'm dealing with large sheets of
plywood we're ripping feels haphazard at best and cross-cutting is but an ER trip
away. I'm crazy about the idea of track saws but wince at the high price tag.
Today we're going to make a three-piece track jig that's large enough to do both
the eight-foot side and the 4-foot side of a sheet of plywood…and we're going to
keep the price of the materials below $50. And for those of you without a garage
full of power tools, we'll limit our power tools to a drill and a circular saw.

For the saw I decided to go with a
freebie a friend of mine gave me. Due to its extreme portability I can take it
with me and cut plywood down at the store with my jig. I have a link to my
friend's channel I'll put at the end of this video and in the description…it's
the least I can do! To get started we'll measure the width of the saw. Due to strength and connectability we're using 3/4 inch EMT conduit which I positioned
on each side of the saw. I added a couple scraps of wood on either side to make
measuring easier. Because I'm adding pine 1 by 2's on each side I added another inch and a half of the last dimensions before cutting my plywood to size. I cut my rip sections of plywood down into three different sizes before… …cutting three 10-foot sections of conduit with a hacksaw into 6 sections.

In another video Sammy Smith left me a great tip I thought I'd leave here. I love comments
so please leave me any tips below. This is what I've cut so far: six tubes… …and three sections of plywood. I found the straightest one by threes I could find and glued them down to the sides of the edges of the plywood. While I'm using the nail gun here, you could very easily use clamps to hold the wood together or wood
screws. Once I attach all the sleds with one by three's… …this is what I had. When I went to attach my conduit tubing
to the sleds, I made sure that the factory edges butted up to each other.
I used clamps to clamp the tubing to both the wall and down to the base
before marking the exact spot where the wood and the metal touched.

The first time
I did this I put screws in randomly and the tubing caused the wood to distort and
not lay flat. I can't stress enough how important it
is to drill in the center of the conduit. Another tip I have here is to drill a
hole on both ends of the one by threes and put a screw in both holes. This seems to keep things lined up really well. I cut spacers and evenly place them
between the pipes before drilling and screwing everything down. As long as the
spacers are cut perfectly I recommend using as many as you can to keep things
squared up. After I finished the walls I ran screws through the bottom as well and marked off any places where I had drilled a screw through the sides. As you can see I overlap the pipes to the sleds to offset the load between each
section now I need something to allow the pipes to connect–but before you
think I sanded a dowel to an abnormal size to connect the pipes–I simply used
a couple 5/8 inch square dowels.

This made it easy to connect but not
incredibly difficult to pull apart. Of course they still have to be attached by
screws in the main sled. I squared the dowels up in the holes as much as I could before running screws. Next I needed to connect the tubes on
the sides and had a few ideas the first being a hook and loop latch… but I really
didn't feel like he was secure enough. Next I went with the chest latch but
didn't feel like it would be sturdy enough. Finally I came up with using a
hinge with a removable pin that would allow it to not move at all
as the only way it could move would be the impossible way and this worked the
best when it combined with the cotter pin. Attaching was simple as long as
everything was lined up. Once it was set up I simply knocked out
the pin. Now remember, since I'm making two
separate sleds to attach the main sled I need two additional half hinges. Now I did say we were going to use just a circular saw blade and yes circular saw
blades can tilt but you really don't need to create a dovetail like wedge to
slip between the tracks.

But if you can do it…I recommend doing it. The angle I
chose here was a 12 degree angle. Honestly it doesn't really matter if
it's a straight cut on the edge or angled… …but it does help stop kickback. Now that my piece is cut I removed the
blade and added some carpet tape to attached the saw plate to the bottom. I put the plate back between the tubing and pressed the saw so that it was lined up
perfectly against the conduit. 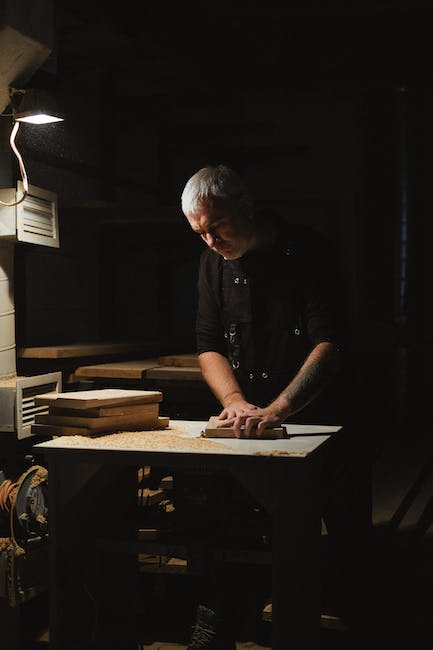 I removed the plate, now attached to the saw, and marked out where the holes would go in. I used drill bits that were exactly the
width of my bolts… …and then used a fluted countersink bit to get the bolt heads below the flush level. I added at washer used a couple knurled knobs as Jam nuts to lock it all down. I did one on the front and on the back. Next I added stop locks on each of the three ends. All that was left to do now was to lay
my groove and it was done. This works so much better than trying to use the table saw to do big cuts but there's a lot of improvements I'd like to show you that I came up with! Like all my other finales, the things I'm going to show you our
slight improvements to my ideas. The prototype I've shown you will work
without these added steps. I'm also not holding back with equipment here! My first change with the new build was to scrap the pine and go with hardwood.
Hardwood is more durable overall and really gives it a better look.

The second change was to interlock the sleds better. I chose to make the wood overlap
in the sled instead of just butting together like the prototype. I think this
keeps the tracks straighter and prevents the sled from lifting up slightly. The third change I made was by rabbeting the sled bottom to the sled walls. Besides being more attractive it also feels like it locks the sled together better. With the fourth change I interlocked the walls with angles.

The fifth change I shortened
the pipes by an inch and allowed the stop blocks to be glued to the side of
the walls as well as to the base. I just like the idea that the walls are being connected by more than just metal, and I think it gives it a better look. The six change I chose to make my viewing angle easier to read as i line my jig over a mark on my
piece of plywood I'm about to cut. This isn't really necessary but it makes it a lot easier to see the pencil mark below. The seventh change I made was more
practical. While cutting 8-foot sections I felt like the middle was more likely
to move due to the long length. But I found what I think is a quick workaround
by using a couple jigs to keep it straight. Because I think this is more
important than the other changes I'll show you how easy it is to build these
jigs. The way it works is this: as I cut along
with the saw I hit jig "A"…stop and place jig "B" behind the saw…lifting jig "A" up
then I complete my cut.

Before you go let add that there will be a free instructable for this with far greater detail next week. As soon as I complete
it I'll send a notification out. If you want that notification you'll have to
subscribe to this channel as well as hit the bell. If you like what we do here and
want to contribute we have a shirt down below this video you can purchase as
well as a mug. There's also another video showing more detail to the final build
of the sled that will be at the end of this video and in the description below
if you're interested in how I built it. Hit the thumbs up button subscribe and
don't forget to check out my buddy Jared's channel.

And remember…to keep making things. I LOVE YOU GUYS!.