I want to build a queen size bed
for a friend using my plans. And I picked up most of the
lumber from the Home Depot with my car. Now the
plans actually call for a lot of 2 by 4's
and even 2 by 3's, but I actually bought
mostly 2 by 10's, just because that way I got
much better quality lumber. I'll start by making
the side rails and I want to use some
of the nicest looking lumber for that, because
that's the most viable. And that side rail needs
to be 7 inches wide. You heard that right, 7 inches. I'm actually using
inches for this project.

These big planer shavings sure
fill up a dust collector fast. Now that I have the
pieces planed, I can cut them to length. Now I need to glue
on this rail, here and that will later
support the slats. Now for the legs I need
a whole bunch of pieces that are 2 1/2 inches wide. But, I'll cut these to a
little bit wider from here so I can trim them down later. Now I'm gonna join the
leg pieces together and here's my long piece and this goes here, and this goes here. These 2 boards are gonna
form the headboard with the posts on either side, like here and like here. And I want to give this a
bit of a nice profile, so I modified the CAD model and freed up the template for this, and I'm just gonna
trace that through, by outlining those lines
with a carpenter's pencil. And that will leave
a mark on the wood. For the mirror
image, I'm tracing my pattern through the back. I'm just using a strip
of wood to smooth out between the place that
I traced through. Now, I'm just gonna
round-over the edges before I put the
headboard together.

So, here's my glued
headboard legs and I could smooth the joints
out with a hand plane, but I'll just do
it on my jointer. Here is roughly what my
headboard is gonna go together like this. In my plans, I have this
joined with dowels but, I'm gonna use some
floating tenons, like these. They're sort of like
really big festival domino’s. And that should be much better. I cut these from a
strip of Oak and rounded the corners
on my router table. And I've already joined
the foot board with those so, now let's cut the
joints for this one. I just worked up the
spacing for the mortises and for each one of those
I marked on which side the mortise goes so I don't
cut on the wrong side. I'm gonna cut the slats
on my slot mortiser which I haven't been
using that much since I built the pantorouter. 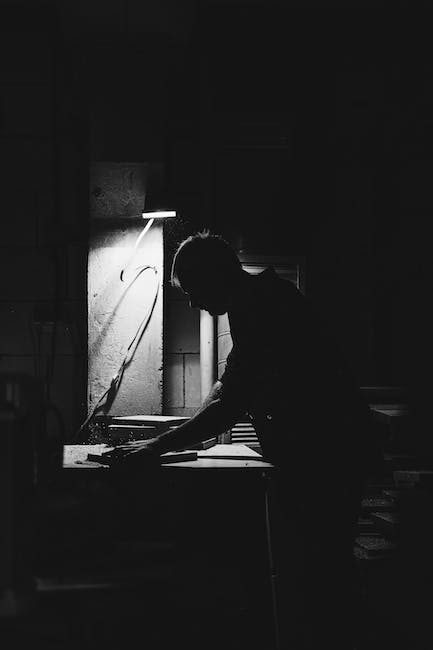 But, this machine does
slot mortises really well. I just transferred all the
mortise locations for the rails. Now I can also cut those
on my slot mortiser. I'm gluing blocks of
wood between the slats and that will keep them
from sliding around. I'm cutting down the
slats in thickness towards the ends, which
will allow them to rest a bit lower on the frame. And it also makes up
for any differences in thickness in the scrap
wood that I'm using. Before gluing it together,
I'm rounding over all the exposed edges. Well, that took some fast
action with the clamps and some hard pounding to get
that joint fully closed. I guess that's certainly a
problem you could avoid, if you just used pocket holes.

After that, I varnished
all the pieces, but it was pretty boring so I
didn't take video of that. Headboards are almost always
pushed against the wall so I cut out this corner here, for a baseboard and cord around. A little bit, it fits.
[they laugh].

How To Build A Cheap and Easy Tiny House Loft Ladder